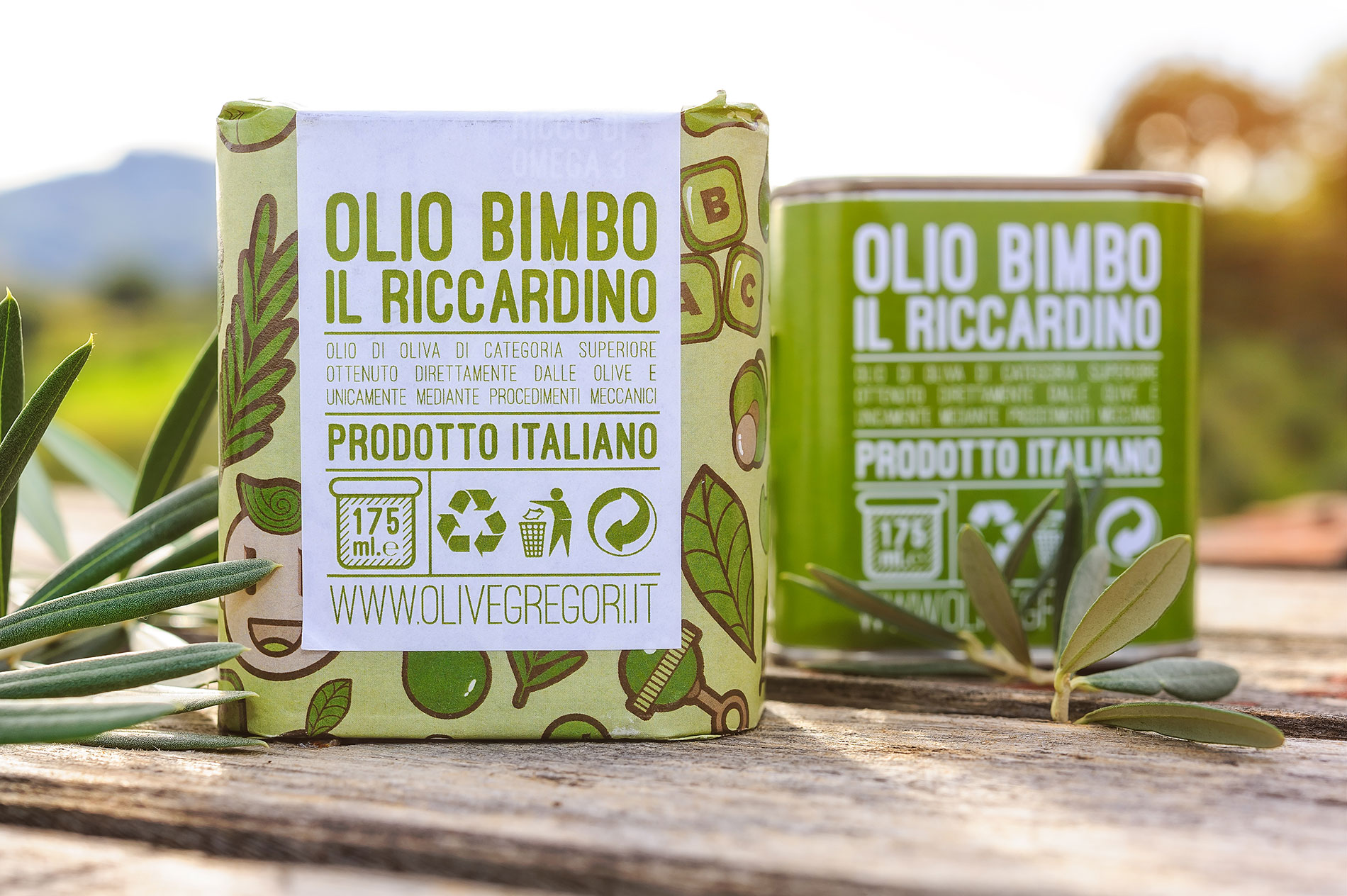 Olio Bimbo “Il Riccardino” is obtained from a blend of Rosciola (50%) and Ascolana Tenera late harvest (50%).
We have chosen to formulate this blend because the Rosciola has fruity hints of green apple and banana and when Ascolana is left to mature, it tends to lose some of its polyphenols and herbaceous scents and takes on hints of red fruits and sour, almost sweetish red fruits.
The choice of these varieties and maturation times, means that the oil for children doesn’t have a high number of polyphenols – antioxidant elements more important for the elderly – which give bitterness and spiciness to the oil, but maintains a high acid ratio polyunsaturated fats, such as Omega 3 and Omega 6, are fundamentals for the development, especially of children's brain.
Not only for this, it is an oil indicated in the early years of the child; with Olio Bimbo we will accustom him to appreciate the value of real extra virgin olive oil and we will form his plate as a child to appreciate the good oil; as did little Riccardo, when in the first meals he asked his mother for the blend that became the Olio Bimbo.

OLIO BIMBO "IL RICCARDINO" IS AVAILABLE IN THIS SIZE:

STORE IN A COOL AND DRY PLACE, AWAY FROM DIRECT LIGHT AND HEAT SOURCES